In the thick of an election season, I usually hunker down in my office to avoid exposure to political ads of any sort… When, suddenly, this gem crossed my screen on Wow Insider. 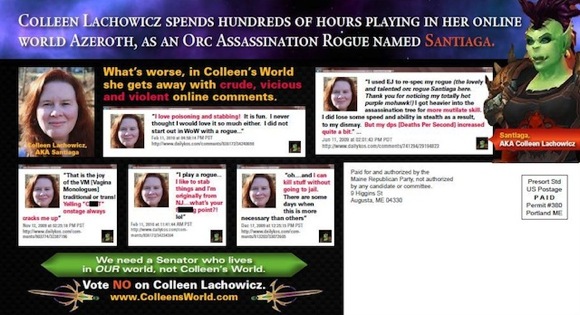 As a former mage, and current hunter, I’ve never been a fan of the proverbial stunlock. At least she’s not combat spec with dual maces… Just sayin’.

That’s right. Maine State Senate candidate Colleen Lachowicz’s online persona in World of Warcraft is being used in a bizarre attack campaign to convince voters they need “a State Senator that lives in the real world, not in Colleen’s fantasy world.”

Her critics have dug through online forums, screenshots and social media to surface quotes and comments, many out of context, to use against her. Visit the campaign site > For example, would you vote for a candidate who has re-speced heavily into assassination?!? 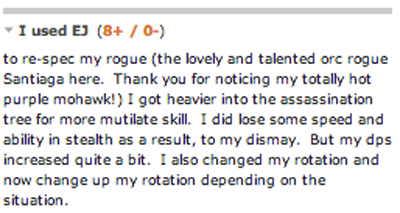 Politics aside, yes, one’s online actions are always “on the record,” but… This? At least she’s not a facerolling Death Knight. Pretty ridiculous, in my opinion. Read the article on Wow Insider >