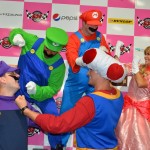 Obama and Romney’s promoted Twitter tweets backfiring via #hashtag hijacking? A decent chunk of the responses to each promoted trend have been exactly the opposite of what the buyers wanted. Read about it on Mashable >

Digital Platforms & Devices
Wal-Mart is testing a system that would allow shoppers to scan items using their iPhones, then pay at a self-checkout counter – a move that could trim checkout times and slash costs for retailers. Read the Reuters article >

Real or Fakery? This video might show the new iPhone.

Digital Creative, Content & Relevancy
Maru, the Japanese cat who’s famous on YouTube for jumping in and out of boxes, puts his talents to work as the star of a new campaign for Uniqlo.

Digital Analytics (Social)
Facebook has stepped up its security on brand pages, working to remove fraudulent Likes caused by spambots, malware or fake account users. Read the article on Mashable > 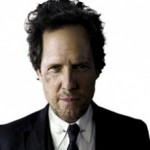