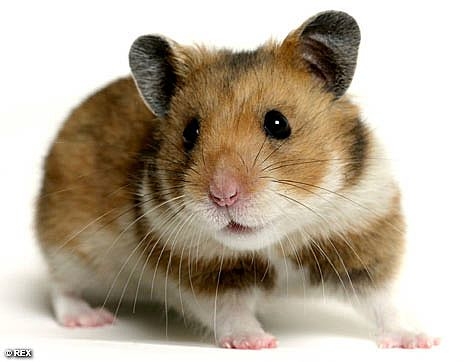 Rewind to the mid-to-late 90s, just before the dot-com bubble burst, when Internet cafés had viable business models and video gaming went polygonal. The golden days of Quake 2 and birth of Starcraft, when early online settlers and squatters spent hours basking in the glow of low resolution computer monitors.

Living in Tampa, Fla. at the time, I attended a rather controversial religious institute (long story), and began my life as a part-time marketer, working with the non-profit and small business community.

Although I rocked a Pentium Pro PC at home, I would often find myself at a local Internet café, where I sipped exotic coffee alongside proto-citizens of the developing digital world.

Legendary… We were helping create a new culture; one with our own language, values, heroes, myths and norms. I’d “surf the Information Superhighway” through Metacrawler and Altavista for hours, and check e-mail through my BBS accounts or Hotmail.

One day, my eldest sister forwarded a link for particularly quirky website, which I promptly shared with my online friends. And, 14 years later, I present to you Hampsterdance – essentially a cave painting from the early, “popular” Internet. Visit a replica of the original Hampsterdance website >

Digital-Specific Content Generation: A Meme is Born
The story, according to Wikipedia: Deidre LaCarte, a Canadian art student, developed Hampsterdance in August 1998 as part of a personal competition between her sister and best friend. The challenge? Who could generate the most traffic/views. Sound familiar, digital marketers? Exactly.

Originally paying homage to her pet hamster, Hampton Hampster, the site featured animated hamsters and rodents, accompanied by a high-pitch version of “Whistle Stop” from Disney’s Robin Hood cartoon, which looped indefinitely on screen (and in my head for years to come).

For about half a year, the site attracted around 4 visitors each day. But, in January 1999, Hampsterdance “went viral,” spreading through e-mails, chat rooms and early blogs. And, let’s not forget setting a friend or coworker’s browser homepage to the site. Featured in news reports and a television ad, Hampsterdance became a pop culture phenomenon.  Watch the Earthlink Television Commercial > Then, as most memes do, multiple derivatives followed. Several Hampsterdance songs were recorded, becoming minor hits in Canada, Australia and New Zealand.

Cute & Fuzzy Rodents for Modern Marketers
For most modern marketers, it’s quite a stretch to believe that dancing hamsters or fluffy bunnies can resonate with target audiences. Or is it?

Did Kia and its creative agency study digital archeology to unearth a piece of cultural history? Perhaps.

A few points to consider for Hamster-loving digital marketers: