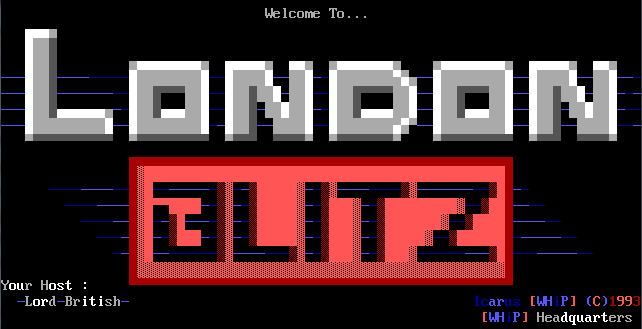 My adventures as a graphic designer began in the early 1990s, after purchasing a used EGA color monitor from a distantly related cousin. Until that point, a monotonous stream of amber-colored text defined my online existence, scrolling sluggishly upon a black field.

With sixteen foreground colors, and eight background colors now at my disposal, the digital world became my proverbial oyster, and ANSI art? My precious pearl. 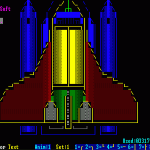 TheDraw, not as clumsy or random as a blaster or Content Aware filter.

Before Photoshop, Illustrator or Flash were commonplace, I cut my graphic designer teeth on TheDraw, a DOS-based freeware program, which I used to develop simple animations, “logos” and rudimentary artwork.

The Dangerous Lives of ANSI Artists
Many might not realize it, but life as “Icarus,” a young, budding ANSI artist on the cyber streets of yesteryear, was far from safe. A sinister ANSI underground threatened to corrupt my newfound love for digital self-expression.

Not altogether unlike the rather ridiculous dancing gangs of West Side Story, early digital artists would frequently combine creative forces to develop graphics for Bulletin Board Systems (BBS). Their work would often feature multiple signatures, flanked by their group’s tag, like digital graffiti. Creative challenges were made and accepted, with rival groups vying for dominance over a particular online locale. From Wikipedia:

The ANSI art scene was in a continual state of flux, with intense rivalry between artists and groups. In addition, ansi artists tended to switch loyalties often, moving from group to group. Groups would merge and restructure, or completely disband

All kidding aside, ANSI greats, like “Hoax,” “Lord Soth” and iCE’s “Tempus Thales” inspired me to form my own creative – and comparatively pacifistic – gang of artists, WHiP, in 1992. Although I had little success in recruiting notable talent, WHiP produced some amazing work for the local BBS scene – now forever lost.

Having recently uncovered relics from my digital past, here are some samples from the early 1990s (below). Definitely not the best representation of my ANSI work, but the sole remaining examples.

My feelings of nostalgia are intense after viewing these. The countless hours and passion I invested in my early ANSI work help me better appreciate how far we’ve come, and continue to fuel my desire to evolve and grow creatively. 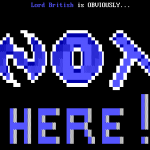 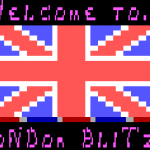 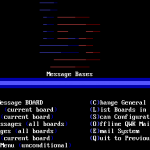