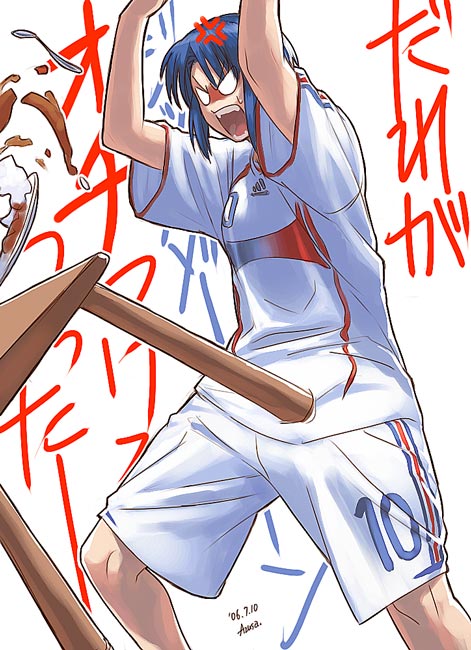 In a heated text exchange with a friend, colleague or family member? Can’t quite capture your rage with a simple frown emoticon? Use the table flip to show ’em who’s the boss.

Origin
The act of flipping a table out of anger has been typically associated with portrayal of frustrated fathers and husbands in fiction, TV shows as well as manga and anime series (see picture above).

From the Internet to an Arcade Near You

Variations
As with most popular memes, there are several known variations stemming from the original emoticon: